Electric Utes are Coming to Australia. Electric utes are coming to Australia.

There are several exciting new and radically styled electric utes that are currently close to production.

Some are being developed or prototypes being tested by a range of new and established manufacturers.

Below are some of the Electric utes are coming to Australia.

Tesla has the radically styled and super-fast Cybertruck.

Ford has designed an electric version of the top selling F150

General Motors has produced an electric version of the GMC Hummer

Rivian has the all new R1T

ACE has the YEWT built in Australia

Bollinger has the B2

Lordstown has the ENDURANCE

Nikola Motors has the BADGER

There numerous start-ups working on electric and/or hybrid offerings with more eco-friendly options.

Start-ups like Fisker and Australia’s own ACE are challenging the established heavyweights like GMC and Chevrolet in the electric ute race.

While the ACE YEWT won’t break any performance records it is a very cheap to run and a useful around town delivery vehicle for light deliveries. 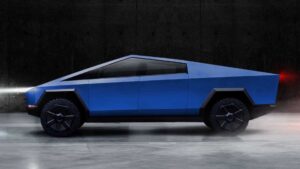 Of the electric utes coming to Australia the Tesla Cyber Truck is one of the most exciting.

The Cybertruck features a self-levelling suspension, this helps to evenly distribute weight and maintain a constant ride height regardless of the weight of the load.

This is a great safety feature as most of the braking is done by the front wheels/brakes and if there is a heavy weight in the back of the vehicle this will take weight off the front and affect the braking ability and aerodynamic properties of the vehicle.

The Cybertruck is literally bullet proof.

Bullet proof takes on a whole new meaning when the car you are driving can stop a 9 mm bullet. Tesla has built the Cybertruck to be highly durable and made of the same stainless-steel alloy that Space X uses for its Starship spaceship.

Tesla has confirmed that the Cybertruck will use high quality 300 series stainless steel. 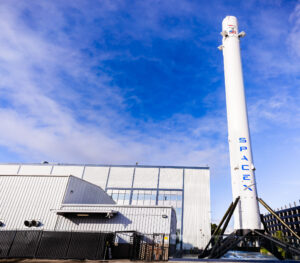 This is a highly versatile, very capable high-performance ute both on and off road-road.

Goes like a rocket does not only apply to the Cybertrucks performance figures, the Tesla Cybertruck is made from the same stainless-steel alloy that Space X uses for its Starship spaceship.

Unfortunately, the Tesla Cybertruck is not likely to be available in Australia before late 2021or early 2022.

The Tesla Cybertruck has been designed to have the utility and convenience of a pickup truck/ute combined with high end super car performance. Ford have provided very few details of the F150 EV.

The F150 or “F truck” is the top-selling vehicle in the US and will soon have an electric version.

Ford are promising a plug-in version that could be available as early as mid-2022.

Ford has released a video on you tube of the F-150 Electric prototype towing 10 fully loaded train cargo carriages.

The styling appears to be very similar to the existing F truck.

One difference being a place to plug in the electric cord and a slightly higher ride height so that the batteries fit underneath the cab.

The electric F150 truck is reported to be AWD and is predicted to be the quickest F-150 ever manufactured by Ford.

Ford have not released performance figures or release dates yet.

See more about Electric Utes are Coming to Australia. GM (General Motors) have confirmed that they have been developing an electric pickup truck/ute.

GMC will use the new electric ute to revive the Hummer brand and will have impressive performance and towing figures.

The company has said that they expect the Hummer will deliver 746kW (1000 Horsepower).

GM have stated that the Hummer will be able to reach 0-100 KMH in roughly 3 seconds.

GM has revealed its super truck would feature removable roof panels to provide an open-air experience.

The company maintains that the truck is still on track for release in mid to late 2021.

The targetted range is likely to target at least a 500 klm range for the top model of the Hummer EV.

The Models available will range from a basic work-truck model and are likely to include an off-road version with more off-road capability.

GM have not revealed how many models Hummer will offer in the way of cabs and bed lengths.

A crew-cab model is nearly certain, and it is possible that the Hummer EV will have fewer overall combinations than its petrol-powered models, the Silverado and Sierra pickups. Ford and Amazon have invested over a Billion dollars in the start-up.

Rivians top of the range vehicle is the R1T, an electric dual cab ute. Prices are predicted to start at AU$110,000 plus on road costs and taxes.

Rivian plans to bring its electric ute to Australia by mid-2022.

The Rivian will feature quad motors

The ability to send instant power independently to each wheel results in amazing traction even in the most demanding conditions.

Combined with a low centre of gravity and an even distribution of weight between the wheels, results in the R1T being very stable at speed and having great cornering ability.

For the gear that never seems to fit anywhere, an extra 12 cubic feet of lockable storage keeps your equipment safe and secure.

A full-size spare tire is stored beneath the truck bed.

Even though the Rivian is 5.5-metres long and weighs 2.6 tonnes, the dual-cab truck pick-up can reach 100km/h in around three seconds while being able to deliver a range of between 370km and 650km.

The R1T features adjustable air suspension that can be adjusted to rise as much as 360mm.

This enables the R1t to wade in up to a metre of water.

One downside when compared to its competitors is the ute’s payload is limited to 800kg.

Towing capacity makes up for that as Rivian claims the R1T will be capable of towing up to 5000kg.

To charge it, Rivian says it is working on a new 160kW fast-charging station, but each truck comes with a 11kW on-board charger. Rivian states a charging time of around 30 minutes to give 320 km range using the 160-kw charger. 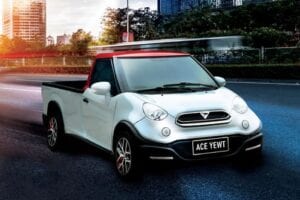 An Australian made electric ute is being produced called the Yewt. Initially a single cab. From ACE EV Group.

ACE are developing a range of electric utes, Vans, and cars in Australia.

With a maximum pay load of 500kg makes the YEWT a great choice for:

ACE claim the all-electric Yewt is so energy efficient that it can lower your running costs by up to 85%.

Lower your fleet greenhouse emissions by over 70% and have minimal impact on the environment. Details on its pricing and release are unclear at this stage.

New York-based start-up, Bollinger Motors has released details of the new electric ute, the B2, it is a retro inspired design with a modern drivetrain.

Bollinger say their mission is to build trucks in the US, and to make a positive impact globally.

Bollinger say that they are making a high-quality electric truck with the body design inspired by the original Land Rover Defender.

The B2 prototype measures 5.27m from tip to tail with its electric motor capable of delivering 458kW or over 620 hp and 906Nm of torque.

Bollinger will also offer a Cab Chassis version of the B2 that has a quoted payload of 2268kg.

The all-electric 2021 Bollinger B2 looks tough and a throwback to industrial vehicles but puts traditional pickup trucks on notice thanks to its impressive capacities and incredible versatility.

Its battery supports fast-charging capability and is estimated to provide a driving range of 320 kilometres. The B2 also boasts foldable and removable body panels.

Together they generate 614 horsepower and 668 lb-ft of torque; Bollinger claims they will propel the B2 from zero to 100 kmh in 4.5 seconds and enable an estimated top speed of 160 kmh.

Bollinger has said the pickup truck will have a two-speed transfer case with high and low ranges for greater off-road capability.

The B2 will come with a variable ground clearance system that allows lift that ranges from 25 to 50 centimetres.

The B2 electric pickup has a maximum tow capacity of 3400 kilos (3.4 Tonnes) and a claimed max payload of 2.2 Tonnes.

The B2 is highly Versatile. The functional cab in the Bollinger B2 pickup shows that it is all about work and function.

A defining feature is an interior that allows cargo up to 4.8 metres (16 feet) to be carried. This can be done by utilising the long pass through its centre. The cab features a fold-away rear wall. The fully electric 2021 Lordstown Endurance dual-cab ute features an individual electric motor on each of its four wheels.

Lordstown state that the Endurance has the fewest moving parts of any production vehicle.

Some specifications that the company has released about the Endurance electric pickup.

Power is listed as 447kW or 600 horsepower from the in-hub electric motors, and a 400-kilometre range (based on the EPA standard) is claimed.

The Endurance will reach 0-100km/h in roughly five-and-a-half seconds.

The factory warranty is 3-years bumper-to-bumper on body and drive train 8-years for the battery.

The Endurance will seat 5 people.

The 2021 Lordstown Endurance is an Electric Utes are Coming to Australia.

Electric Utes are Coming to Australia. Nikola Motors in the US is developing a hydrogen and battery-powered ute with up to 675kW/905 horsepower and 965km of range.

Blending a lithium-ion battery pack with a hydrogen fuel cell, the Nikola Badger is slated for a late 2020/early 2021 international reveal.

Electric truck designer Nikola is challenging other electric truck makers with the 965-kilometre range of the Badger EV pickup.

Nikola have said that the Badger will challenge the likes of GMC’s Hummer EV, and Tesla‘s Cybertruck.

If you weren’t aware of Nikola, they are an electric vehicle design company that has been involved in developing eco-friendly heavy haulage trucks.

This is another example of the awesome Electric Utes are Coming to Australia.

To achieve that impressive figure and class leading range, the Badger will be an electric-fuel cell hybrid.

It claims it will be able to drive 482 klm’s on pure battery power, but that range can be doubled when using the vehicle’s hydrogen fuel cell.

http://www.wacarlocator.com.au for when you can’t find the car you are looking for.

Hydrogen is seen as a clean alternative to petrol and diesel.

A hydrogen fuel cell undergoes a chemical reaction to produce electricity, this is then used to drive the electric motors.

Water is the only waste product.

It can take just a few minutes to refill a hydrogen car and totally replenish its range if you find a Hydrogen refuelling station.

Much like Tesla and its supercharger network, this could turn out to be a vital strategic move.

There are plans for Hydrogen refuelling stations to be rolled out throughout Australia most of these projects are in conjunction with local and state governments.

Sydney has a Hydrogen refuelling station behind Hyundai’s head office for its own use.

Canberra will have a Hydrogen refuelling station operational by August 2020.

The estimated performance and range figures are certainly exciting, but how close they will be to real-world figures remains to be seen.