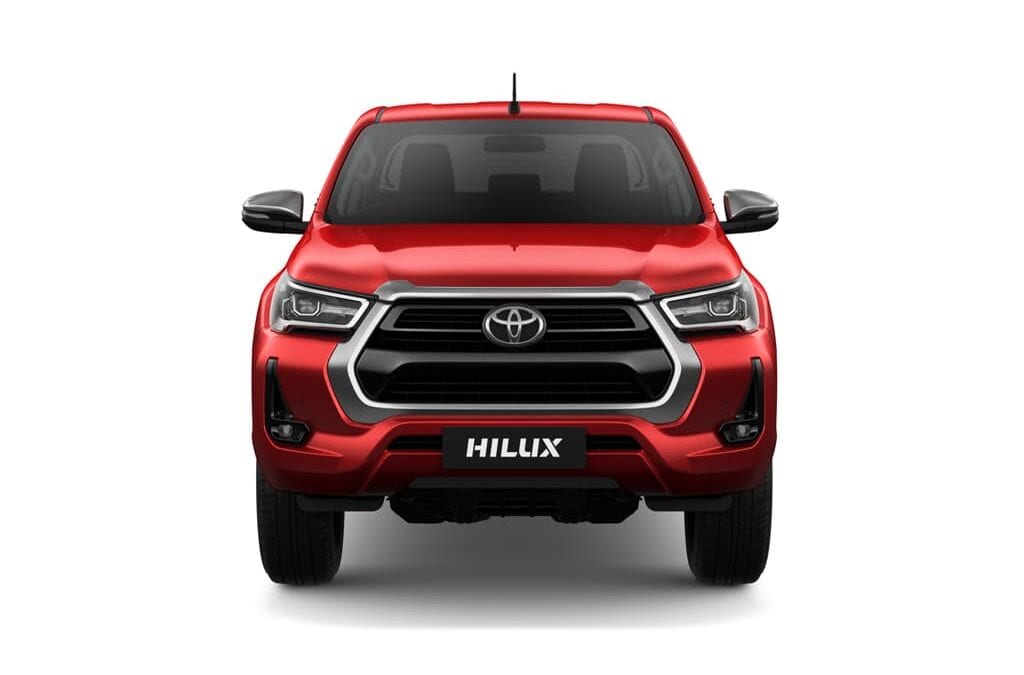 According to a dealer bulletin sent to the Toyota Dealer network the new 2021 Toyota Hilux will have a list of changes.

These changes go well beyond a cosmetic face lift.

The changes amount to the biggest update and modernisation of the Toyota Hilux since 2015.

The 2021 Toyota Hilux front end is more prominent and aggressive.

The new upgraded Toyota has the 2.8-litre four-cylinder turbo diesel.

This motor has had a power boost to 150kW/500Nm when it is paired with the six-speed auto.

The suspension has been tested under Australian conditions and was developed and tested by Toyota Australia.

This suspension package results in a robust vehicle that has been designed to handle Australia’s harsh conditions.

It is equally at home and comfortable for around town use.

The 2021 Toyota Hilux has an upgraded off-road capability and the new model has greater rear wheel articulation than before.

This because of redesigned leaf springs.

The new model is quieter and there is greater suppression of noise and vibration. Harshness inside the cabin is reduced thanks to new rubber bushings between the cab and the chassis.

Better feel and feedback from a revised and improved power steering pump has been added to the new model.

The 150kW/500Nm 2.8-litre turbo diesel four-cylinder engine has had a major overhaul and comes with a new turbocharger.

There are changes to the cylinder block, pistons and piston rings. 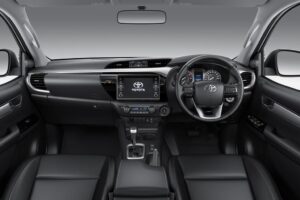 Changes in The Toyota Range.

The new model Hilux will not have a CD player in any of the new range.

The 2021 Toyota Hilux Rogue and Rugged X is fitted with a nine-speaker JBL sound system with tweeters and a sub-woofer.

The manual version of the Rugged X has been deleted from the new range.

It means the two top of the range Hilux models – the Rogue and Rugged X – will be available in automatic only.

The new 2021 Toyota Hilux SR5 will still be available as a manual or automatic and will have front and rear parking sensors fitted.

The base model Toyota Hilux Workmate double cab retains the 2.4-litre turbo diesel and a six-speed manual or auto transmission. It will come with black steel wheels and vinyl flooring.

Toyota Dealers have been told production of the 2021 Toyota Hilux has commenced. 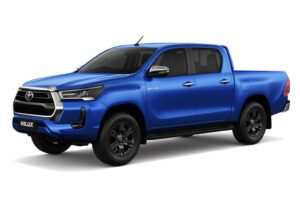 The first shipments were due in August.

Although the shipments are likely to be delayed due to a six-week production line stoppage during the coronavirus crisis and strong demand for the current model.

Many dealers are short or have run out of stock.

There is a waiting list for the new 2021 Hilux.

The Toyota Hilux has been Australia’s top selling vehicle for four years in a row and does not look like being challenged if supply chain issues can be resolved.

If you are looking for a used Hilux www.wacars,com.au can help.